My picks as the BEST radio personalities of our time! 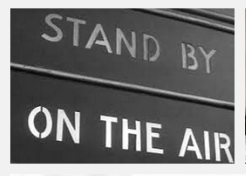 Each of these guys is SO good...they deserve a whole post.
So...these are by far and away my best or surely among the best radio personalities in radio history.  Some you’ll agree with...some of your favorites will be left out.  I mean no remiss.
These are just my opinions.

I put him at the top rather than others because Gary had one of the most unique morning (am drive) shows ever heard.
I was lucky to work a few weeks at WERE... filling in and enjoyed listening and watching him work...even following him on the air a few times.
Gary’s show was simple.  He had no producer...punched down the phone lines himself (with a button for the delay cut off if he needed it).
I say simple because a caller (and there were hundreds and hundreds each week as Dee was by far number one in the Cleveland market) would get punched on the air...have a chance to say one thing, one line...basically...never lasting more than ten to 20 seconds...and get punched right off with Gary Dee responding and then quickly punching down the telephone button for another caller with another singular thought.  There was never a conversation in this...Gary didn’t (or very rarely) talk with any caller and this, believe it or not went on for about three fabulous hours every morning in Cleveland and there’s never been anyone before or since to emulate it!
WERE had a great lineup....(Count) John Manolesco(psychic)  followed Gary Dee...and  in the afternoon the controversy took over in the good hands of Merle Pollis.       John Webster (once with WCFL Chicago) was program director of all this and it was classic.  John was one of the most creative program and news directors in this business and ended up in Detroit (I believe).
I happened to be there on the 10th anniversary of the Kennedy Assassination and ask John if we could “role play” on the air what took place that day and he allowed all the staffers to play a part in the script I wrote and it went well.  Many of us were emotional at the end of it.

Please leave comments about my choices or email me at:
stanmajor@aol.com
Posted by Unknown at 2:11 PM