the NSA the CIA what the hell is going on here? 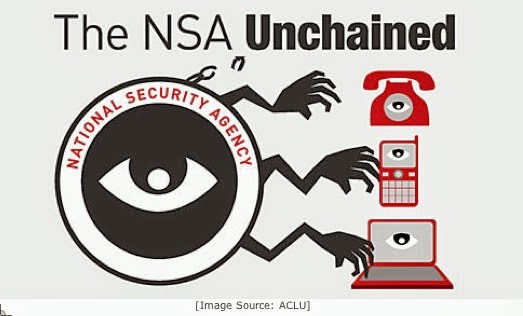 This falls under the category of “what the hell’s going on here!”

Headline 1:
NSA surveillance program gets three more months.
and then
Headline 2
Idaho Judge Asks Supreme Court to End NSA's Phone Surveillance.
then the congress seems as confused as those headlines.
Only in D.C. yep!

(repost spying)
some guys from my past deserve mention here.

First is a man I’ve written about...Grayston Lynch...former CIA dude who helped lead the ill fated (as they say) Bay Of Pigs invasion.
When Gray was on my show in 75-76  in the studios of  WDAE in Tampa...he revealed for my listeners...that the “agency” and/or others like it had the capability of spying on anyone simple by using the telephone.
He said...the spies could call your number...not say anything...and when you hung up...your telephone would be like a microphone and they could monitor everything that was said in your room(s).
So to combat this...Gray recommended that if you answer the phone and there’s no one there...hang up the phone and IF you feel some spy might want to “bug” you,  “simply go to the wall and unplug the cord...wait a few seconds and plug it back in.”  That, Lynch contended, would defeat the attempt to bug your home using your own phone.
Of course with all the spying government does now...they just use your computer as a conduit for all the info about you there is!  You can’t do much about THAT!
------------------------------

My long time guest and dear friend Bill (Doc) Leavell used to piss off the CIA cause he had a phone number that if you dialed it...and listened to the info that responded to your phone number and line...it would tell you whether your phone line had been tapped by ANYONE.
We gave the number out on the air across America and my listeners called it...and they had to change the system!  The Govt spy guys were not happy with us!

stanmajor@aol.com
Posted by Unknown at 9:28 PM