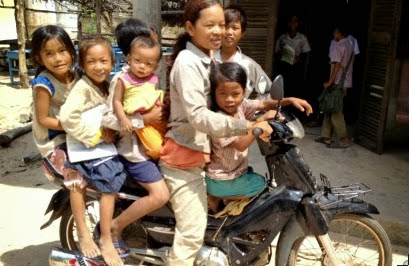 Ever been scared...I have, a few times.

I mentioned earlier in this blog about Cambodia...being driven south out of the capital of Phnom Penh and wondering who the soldiers were walking along the highway with really big guns. I said to my driver "I didn't think Cambodia had an army."
"Oh those not Cambodia soldiers....those NVA!"
North Vietnamese walking to kill Americans.
"I hope you don't have a flat tire".
" Oh you just tell 'em you Canadian!".
Yeh....sure.  with an American passport in my pocket.
It's strange...I wasn't at all scared as we passed another small group.  This continued for awhile...just small groups of five or six NVA soldiers and then we saw no more.
Some 87 members of the worldwide press were killed in that southeast asian conflict...including NBC's famed correspondent Wells Hangen along with his cameraman German born Peter Bellendorf.
Peter was quite a guy...he kept a boa constrictor in his Saigon apartment as he was on long assignments and needed some kind of surety against break-ins!
I chatted with him over coffee one morning and ask him if he was ever afraid out in the field.
He whipped out his wallet and slipped a picture of Ho Chi Minh out and showed it to me.
"My insurance out there.  They won't kill a guy carrying this!"
Sad to say...it didn't work.
Regarding Wells Hangen...he came into the Saigon building that housed NBC, AP and several other news organizations on special assignment and made the mistake of taking the elevator which everyone knew didn't work well.  It took some time to get him out.  Moral to this...beware of French made elevators.
As I said I wasn't really scared when passing the enemy solders on the road...in fact it is strange that years later as I think and write about this I am more tense about it now...knowing now that a lot of press folks did not come out of Cambodia alive.
On that same trip we stopped in a small Cambodian village to get some snacks and as we approached the entrance I noticed a tall man with a pink and white dotted scarf around his neck.
He looked intently at me...ignored a hello from my driver and I got a shivers as we entered the small store..  He looked like he was ready and willing to "eat my intestines"....and that made me nervous.   Later I asked the driver about the guy with the strange scarf...
"Oh that guy you don't mess with...bad guy.
"He part of Khmer Rouge.  Bad people."
And they were...I would use the term viciously bad...when emptying the capital of all it's inhabitants and killing millions ala Hitler.
But wait...there's more on this weird trip south to Sihanoukville....
A big story broke down on the south China sea near Sihanoukville. About a week earlier a ships crew mutinied and took over the vessel and I figured this might be a great scoop so that's where we were headed.  We got there late afternoon and I went into the lobby of this huge resort hotel in the small city named in honor of the current King Of Cambodia.  After talking to the desk clerk and the manager I determined the ship had not put in there so there was no great scoop.  The manager invited us to see Prince Sinanouk's zoo which bordered the hotel so we drove around thru elephants...some tigers (we kept the doors locked and windows up) and whatever else animals which the manager said were gifts to the Prince and he had to find a place to put them.  We returned to the hotel and eat a good dinner and then headed out for Phnom Penh but it was getting dark.
They are called water buffalo and they are the hugest animal you'll ever see...but hopeful not on the highway at night.  My driver said this was the only thing we had to worry about...not the NVA soldiers...not the fledgling killers named Khmer Rouge...but the big water buffalo who  he said, loved to sleep on the warm highway at night!  Well, we were in luck...not one time did we have to screech to a halt and go around one of these things.  We made it back...the trip was unfruitful from a news standpoint but historic in my life.
I paid the driver and as I approached the hotel and saw one of the most beautiful girls I've ever seen in my life!

stanmajor@aol.com
Posted by Unknown at 10:43 PM