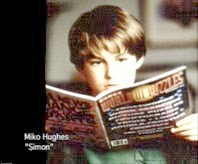 Remember this movie released around 1999?

Bruce Willis is a troubled undercover agent in Chicago...and assigned to investigate the shooting deaths of the parents of an autistic child.

Turns out they were done in by a super secret agency of our own government.  The bad guy even started taking shots at Willis in the hospital hallway where he was trying to kill the kid!

Well...I’ll give you that in 1999 this was pretty far-fetched but how do you see it now since the revelations about the super secret NSA snooping on all of us?
Makes the movie much more believable watching it again for the first time in years.

Willis is pretty good too!  go back and watch it.  You never know who will come knocking at YOUR door.

We used to be “Land Of The Free...Home Of The Brave” now we have to be brave again...to be free.

When we have a weak executive branch...and poor legislative branch...the power grows in the agencies because nobody can stop it!

I hope for you...that knock on the door doesn’t come.

stanmajor@aol.com
Posted by Unknown at 10:07 AM