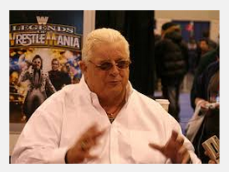 On one of my trips to Vietnam...I flew Japan Airlines (great!) from San Francisco to Tokyo.
After boarding I realized I was sitting amongst some of my Dad’s favorite tv wrestlers....who were headed to Japan for some  matches.  I really can’t remember their names and have had a hard time searching the internet to come up with verification ...but the faces were very familiar and they were all friendly gentlemen.
We landed at Tokyo airport and I looked out the window and sensed the excitement at the terminal upon our arrival.
It appeared that there were about a thousand Japanese wrestling fans atop terminal roof and on the tarmac it looked like every tv crew and photographer in the world were waiting for the American wrestlers to emerge.
Ah the impact of tv!
Well, I sensed a problem.  We were back in the “cheap seats” of the plane and the press was crowded around the first class stairs up front awaiting the familiar faces. In Japan “saving face” is everything so I stopped the stewardess and said
“These are famous wrestlers and the press and fans here expect them to come off first class.  Can we turn them around and make that happen?”  (The guys were already heading toward the rear exit.)
She looked out the plane and realized the importance of this and immediately ask the wrestlers to exit from the front!
They turned around and went off the plane that way to the delight of the press and their fans who were screaming and yelling at them.
I felt good about that small deed...as did my Father when I told him about it later.
--------------------- 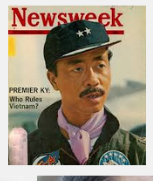 While living in Miami in the late 80’s and early 90’s my wife and I took one of the many local flights to the Bahamas for a bit of weekend fun.  Upon boarding I spotted a famous face...that of the press’s favorite South Vietnam hero and former Prime Minister and Air Force General, Nguyen Cao Ky.
As we prepared to leave the plane later I spoke to him...reminding him of our interview back in Saigon and he seemed pleased to be recognized.  Later I saw him hosting a table in the dining room of a casino hotel.
After the war ended he made his home in California and there were all kinds of rumors about what he was into.
The flamboyant fighter pilot died in 2011.

stanmajor@aol.com
Posted by Unknown at 12:05 AM