Operation Jade Helm......troops dropped in US INSTEAD of Iraq or Yemen! 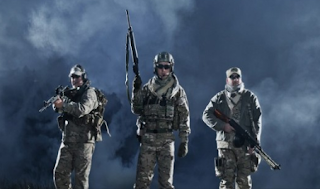 Listen up over there..Kate & Will

.....One of the more interesting interviews I did in Miami was when I lucked out and got a call from a former British SAS guy!
That’s right...just when all the James Bond stuff was at it’s height...this former member of that elite British Air Service actually accepted  an invitation to come to the studio for an hour...and he caught “hell” later for doing it!
If you’d like to hear what he had to say....the click is coming up.
Remember these guys were fighting terrorism before anyone ever heard of "Oswampy Been Laden".
They were battling the likes of “Carlos The Jackal”...the “Baader Meinhof Gang” and the creeps who did the massacre at the Munich Olympics!

listen to my interview: