lost some viewers...thanks to Putin! 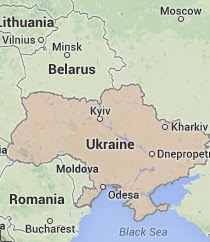 Where are my fine Russian and the Ukrainian viewers to my blog???

Did Putin gobble them up after playing the nice guy during Shochi?
Just checked...haven’t had a viewer from either nation for about three weeks...so the timing seems right.

Word was he kept Russians from viewing the Oscars last night too...wow...I’m sure that impact was felt all over!  I’m being sarcastic, of course.
Did he shut down the McDonalds in Moscow too?  (Or did they ever have one?

Well...we’ll just plod along...hoping that the internet over there will get back with the rest of us soon.

Speaking of Putin...didn’t old Abe Lincoln have a bit of Putin’s problem?
Seems the South wanted its own country too.  But Abe declared war and won.  Kinda puts Obama in a difficult position doesn’t it?
Think about it...Putin may want original Russian territory like honest Abe did.
After all...the Ukraine is not Cuba.  The last map I looked at had it pretty much settled next to Russia.
History is just full of good guys and bad guys.  A real bad guy named Hitler decided he wanted to conquer the world.  A guy named Churchill (with our help) decided to stop him. Oh...and don't forget Tojo...boy he was a loser!  Now we all buy their cars...and tv's!

Well...enough of this uninformed and too simplistic stuff.

stanmajor@aol.com
Posted by Unknown at 4:58 PM