KATE'S COMING.....Wills & Kate to NYC for some shopping I'd bet! 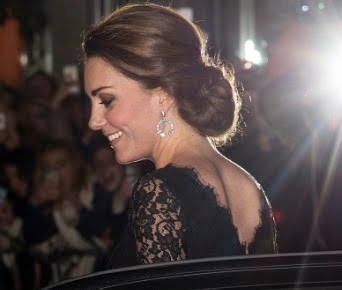 It was announced recently that William and Catherine will pay an official visit to New York City from December 7th-December 9th.

How about that!   Can’t beat Holiday shopping in the big city!
Hope they are “well met” and have a wonderful time here.
Still love ya Kate!
---------------------------------
I am so sick and tired of new car commercials I can’t even enjoy football games anymore.
It was bad enough that my Miami Hurricanes decided not to show up for the second half of their game with FSU....then I had to put up with one car ad after another after another after another.
You think I’m kidding...there was one spot set national and then local where SIX different new car ads ran BACK TO BACK...no separations of any kind.  I’ve never seen that...they used to run maybe two or three at the most back to back but this was just cruel.  I can remember several of them...Nissan ...Lexus...BMW....and on and on.  When they exceed two...I’m gone to another channel thank you.  Thank god for DVR recordings.  I can hit the “skip” button on those then....watching a game live is brutal.
Hard to believe any  agency placing those car ads would pay to be in a mess like that!
They probably don’t know unless they monitor the spot runs.
----------------------------

stantalks@gmail.com
Posted by Unknown at 1:34 PM