More early rock radio. AND A ON MY SHOW...MICHAEL TALBOTT (Det) MIAMI VICE!

After playing the hits at WJJD Chicago for about a year the company offered to “buy us out” of our union....both the AFTRA personalities and the engineers union.
Each of us was given a really big check...but the engineers  cleaned up !  One guy took a check and paid cash to buy his own business...a bar in the loop!
I got several thousand so I made an appointment with the best  nose job doc on Michigan Avenue and got it done.  If I ever worked television I’d look better.
I took what was left and did something I had told Nick Clooney and Ray Van Steen and others of our AFN group that I would do...I flew to Europe and went back to the AFN castle for a visit!  A few days in Germany and I then took the train from Paris to Nice...on the French Riviera.
I’ll never forget getting off the train in Nice and walking up steps to the street while inhaling the sweet perfume of hundreds and hundreds of fresh flowers at the Nice flower market!
I returned home and took a job doing a morning show in Las Vegas. This would be the first of three stations owned by Mac Richmond in Boston.  In quick succession I would move from Vegas to Washington D.C. as Program Director and jock at WPGC AM-FM and then to WMEX Boston...Mac’s huge number one money maker featuring Arnie “woo woo” Ginsberg and talker Jerry Williams.
There I did news and although I was now out of the “rock jock” field I still was able to help make a massive hit for the Beach Boys.
Here’s how.  WMEX put out a top ten song chart every week and because of the Beatles phenomena about eight or nine songs were the Beatles.  Only the Beach Boys were able to get listed.  They had a song our jocks were playing about once every hour called “Little Duce Coup”.  We all got really sick of hearing it.
A guy called Melvin X Melvin (station name) did the afternoon rock show and had HALF OF THE RADIO LISTENERS IN BOSTON tuned in!  That’s right...his rating was a 52! share.  I’ve never again seen the likes of that in my 50 years of broadcasting experience.
His real name was Jim McKrell and he would later go to Hollywood and host a few game shows and do some flicks.
I went into the Jim’s studio and got the Beach Boys record from him and took it into the newsroom and flipped it over and heard what was going to be the number one record in the country after Jim did the same.  “Flip it over” I told him and because he was as sick of “Coup” as the rest of us he did.  Once he played the flip side...he never played “Coup” again.
The flip side was, of course, “Little Surfer Girl” and because of the impact of WMEX...stations up and down the Eastern seaboard flipped the crummy “Coup” record and Surfer Girl became number one in the country in just a few weeks.
I was proud having the distinction of “discovering” that hit and in later years when one of the Beach Boys came to Philly as a guest on our WWDB talk station I took him aside and told him what had happened.  He didn’t seem impressed.  Oh well...I know what I did and I love that song.
To wrap up the “Pied Piper” story let me tell you how some the record companies dealt with the Congressional attempt to eliminate “payola.”
They resorted to expensive “hookers” for the jocks and, I guess, management types. Also it was reported drugs became more available.
The WMEX jocks were “invited” to visit a fancy Boston Hotel suite on an appointment only time and were allowed a few hours with a $500 dollar a night girl.  Who and how many took advantage I don’t know.  Newsmen were NOT included!
------------------------ 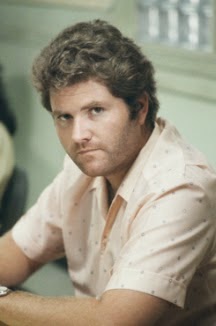 stanmajor@aol.com
Posted by Unknown at 10:17 PM