“Major...you have an important assignment.”

“You’ll be on live television tomorrow morning with John Chancellor but you’ll have to go out to the Saigon broadcasting building to get hooked up for it.” This from the NBC News Saigon bureau chief.
“Oh boy.”
Was my reply...partly in shock about the live NBC-TV thing and partly concerned about that facility with it’s antiquated radio equipment.
That place did not have a good reputation for being able to do anything that worked.  If you’ve seen “Live From Baghdad” about CNN having to use a similar facility you’ll know what I’m talking about.
Seems President Nixon was making an official policy announcement in the evening New York time, and Chancellor would be anchoring and ask me in from Saigon for comments....audio only.
So I would have to get out there and hope we could make the connection to New York...then sit quietly and listen to Nixon’s remarks and then respond to John’s questions off the top of my head.
Heady stuff for a little known radio correspondent but I was not flaked out about the thing.
They picked the sharpest cameraman as he was very well versed in audio stuff to accompany me in case the circuit had problems...(or the local Vietnam engineers did).
We arrived an hour before the speech on “Vietnamization” was set to start.
The call was placed with no problem and we sat around waiting for the Prez.
The address was not long...Nixon sounded like he was turning the whole damn war over to the Vietnamese...but that was public relations.  I think he also took the opportunity to announce more reductions in US troop levels to appease the student protesters back home.
Chancellor was cool, as usual, and ask me what I thought. I was subdued but ok.  Then he asked me to guess at the reaction in Vietnam to the President's comments and I was ok with that.
He closed our portion of the coverage (there were studio guests also) saying:
“Thanks Stan...that was NBC News correspondent Stan Major reporting from Saigon.”
The only video they used (I saw the report later)  were a few slides of me and some troops with this at the bottom of the screen
“Stan Major NBC News reporting from Saigon”.
My parents were thrilled...I was relieved that it went so well and I returned to the bureau to get my radio reports ready for the two daily circuits.
So...if it’s in the NBC News archives and you can get access to that...the date is:
November 3, 1969
President Nixon’s Vietnamization announcement.
John Chancellor anchor...with
NBC News correspondent Stan Major live in Saigon.
----------------------- 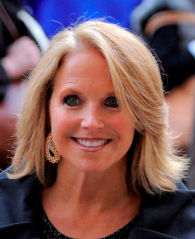 
stanmajor@aol.com
Posted by Unknown at 5:30 PM