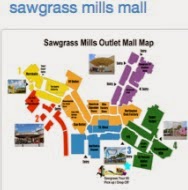 First......Notes from the games.
Obviously Green Bay could not win legit against Dallas...so leave it up to the coach and a challange on and new dumb NFL rule...to take the game away from the Cowboys.
Then hankies are being dropped on about every other play in the Payton Manning thing.  Wow...the NFL has come far folks!
I did like the McDonalds “signs” ad though.
-----------------------

...Made a short trip to my nearby mall yesterday...to see if Sears and Penny’s and Radio Shack were still in business.
Things didn’t look bad...for a Saturday...but I had to look closely at the various checkout counters and eating places to see there is a downturn going on.
There is.
Not one customer in Radio Shack!  I know...it could have been a “down” moment that day...but  still...here’s a business that deals in badly needed computer and video and audio stuff...and just two or three clerks standing around looking at me.
Shoe Carnival opened a big store inside the mall...seemed empty too.  Sears and Penny’s...not much change from about six months ago.
Now this is a “Simon” mall...and Simon malls are in better shape then the rest.  But Simon (SPG) is being sued by some of its shareholders. But that’s another story.
Here’s more on the health of your nearby mall:

http://www.dailyfinance.com/2015/01/07/ominous-decline-health-malls/?ncid=edlinkusport00000002
--------------------
Poor Fox News.
The Dish Networks are being blasted by none other than Fox News itself. Seems they’ve dumped the right wing “short skirt” wearing news channel and Fox is fighting back.
If you have a dish and would like to fight back here’s their website.  Go ahead join the battle. You can just ogle the Fox news girls and turn the audio off!
I saw their ad in the middle of today’s NFL game:
http://www.keepfoxnews.com/