Flight attendants do have problems (not just with co-pilots!) 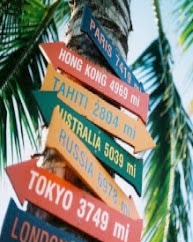 ...On the lighter side (we could all use that!)

Had a fling for a few days with a  good looking stewie.  She had some great cockpit stories.
She said the pilots always zeroed in on a new stewardess...and on her first flight and said practice dictated that “first timers” had to sit in the cockpit for take off.  It was mandatory.
When the novice sat down the pilot said...ok...buckle up!
What they didn’t tell her was the seat had a strong middle belt that would force her skirt all the way to her waist!  Oh those pilots, huh.
She also admitted about the time a couple of pilots picked her up and lofted her into a large overhead bin!
-------------------------

And last but not least...I flew from Rome to India and on to get to either Bangkok or Hong Kong....on my way to Viet Nam.
We stopped to refuel in Addis Abba (I think) and they announced we had an hour and could go into the terminal to the gift shop.
I walked off the plane with a stewie of course...you know me...and the first thing we saw were armed military types on the tarmac with really big guns.  She got closer to me and said, “Oh my god they’re going to shoot us all! We’ve never landed here before.”  I think she was only half joking.
Well...it was the middle east and that’s what they have all over the place.

Then...much later in years...my wife and I landed in Zurich and as this time frame was after Munich and various Carlos the Jackal exploits...THEY had the same thing all over the terminal inside and out.
That’s just our world.
Guess they’ll revert to all that...after Paris.
Sad.

stanmajor@aol.com
Posted by Unknown at 10:04 PM