The "Noog" man from Miami Vice is my radio guest! click & listen to the crazy interview! 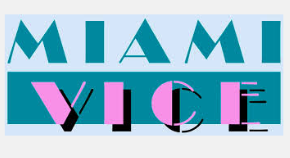 Back in the late 80’s when the red hot tv show “Miami Vice” was filming here...I had Charlie Barnett in the studio with me for an hour. Charlie played a wild character “Noogie” or the “Noog Man” and he played him to the hilt!  He almost stole the show from Don Johnson and the others when he was on camera.  He was a fine comedic talent and would later suffer the consequences of his short lived fame but that’s a story for another time.
I found a cassette tape of that show....stored away in old cigar boxes along with other tapes...and John & Michael of Neil Rogers.org worked hard getting it set up on u-tube for us.  So...for the first time since it aired with me....enjoy the unforgettable “Noogie.”
click below:

stanmajor@aol.com
Posted by Unknown at 9:46 AM