Attention viewers in 91 countries around the world 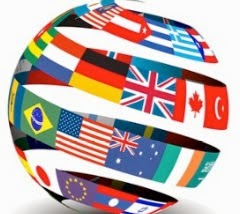 Because of the flaps over alleged exaggeration on war events with Brian Williams and that guy on Fox I never watch...I thought it a good time at to repeat what I posted about "facts" back on October 19, 2013.

Nothing I’ve written in this blog is fiction.  It is all fact.  I have not embellished anything.

When I was guarding Hitler’s underground air terminal in Nurenburg back in 1954 I could have fibbed...could have said I actually saw the ghosts of Hitler or Goering or Himmler or whomever.  I didn’t.  Lord only knows as it was New Years eve I was drunk enough to see anything.  I didn’t, thank God.
When I was being driven south out of Phnom Penh and saw the dozens of enemy North Vietnam soldiers walking with their rifles along side the road...this was pure fact.  Seeing my first (and thank God ) only Khmer Rouge man in front of the small store where we stopped briefly...staring at me with so much hatred...I didn’t embellish.  He did look like he could skin my flesh raw.
And as I recall that short pit stop I wonder just how stupid we were to make it in the first place.  NVA enemy soldiers had been in the area and a few could have been in the store.  That would have been the end of me.
It was just a few months later that Cambodia was the end of the road for some of my friends...Welles Hangen and Peter Bellendorf of NBC News.
They didn’t get out of Cambodia alive...and neither did my Cambodian driver.
Again...not fiction....just the scary facts. so what you read in this blog is real,  Nothing but than the facts.

stanmajor@aol.com
Posted by Unknown at 6:12 AM