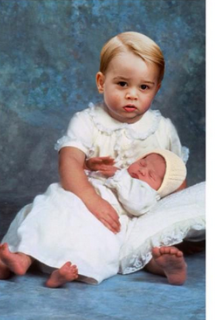 "Delta is the elite of the elite."
Every special forces unit in the U.S. military contributes their top notch personnel to Delta Force and always on a voluntary basis.
If you make it through SEAL, Army Ranger and/or Special Forces or Marine Recon training, it doesn't necessarily mean you can waltz into the Delta shop and automatically be assigned.
As one guy I know put it, "You've gotta have just a touch of civilized evil in you to be Delta."
You have to think, work, react and plan better than the opposition.
You've got to be able to dish it out as you take it.
The Intel you gained 30 seconds ago may be the scrap of info that keeps you and your teammates butts out of the coffin and puts the other guys in one.
Delta team members aren't the muscle military monsters of comic book lore.
While they are in top physical condition, it’s the gray muscle between their ears, just like any special ops unit, that makes them so damn good.
Their flight crews are the best of the best gravity defeaters around, regardless if it's fixed wing or rotor. And they come from all branches of the military.
They won't say it, but I will. They may not wear a red cape with their uniforms, but these warriors are as close to being "military supermen" as you'll find.
Don't bother asking them what they've done either, if you don't have a "need to know".
After mission amnesia is an art form with them.
Do they bleed? Hell yes! For Country and team.”

Islamic State leaders in Syria have sent money, trainers and fighters to Libya in increasing numbers, raising new concerns for the U.S. that the militant group is gaining traction in its attempts to broaden its reach and expand its influence.
In recent months, U.S. military officials said, Islamic State has solidified its foothold in Libya as it searches for ways to capitalize on rising popularity among extremist groups!


That’s why I said send the 82nd Airborne in......they are sitting in Ft. Bragg waiting for some action.
Use em!


stanmajor@aol.com
Posted by Unknown at 3:47 PM