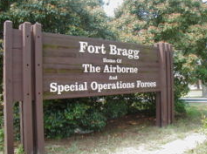 A senior House of Representatives Democrat said Tuesday that the White House’s description of supposed progress in the war against the Islamic State should ring “alarm bells,” and called the fall of the city of Ramadi to the extremists “a very serious and significant setback.”
“I don’t think we’re losing the war, but I don’t think we’re making tremendous progress either,” Rep. Adam Schiff, the top Democrat on the House Intelligence Committee, told reporters at a breakfast organized by the Christian Science Monitor.


FOR IMMEDIATE RELEASE      (Not a real release but should be)

Units of the United States Military Command are being deployed to friendly countries in Europe and elsewhere for  exercises and other duties connected with the safety and safe keeping of the citizens of those friendly nations.
Invitations have been accepted to station U.S. and OTHER friendly nation’s cooperative units in the following countries immediately:
Iraq
Syria
Yemen
Oman
Saudi Arabia
Egypt
United Arab Emirates
and Jordan.
AND NOW ADD LIBYA
other countries may be added.

THIS IS NOT A REAL RELEASE!