ah the Hemlock....great food and funny lightning bugs for the kids to catch 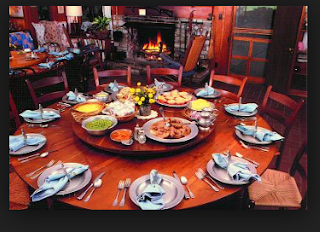 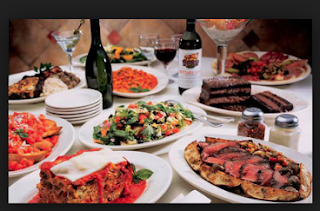 I was walking back from the mail boxes here early evening and looked down in the grass and spotted something I’ve never seen in South Florida.  A lightning bug!
WE had them by the droves up north but this is the first one here...and probably the last... what with our heat.
But the memories came back like a lighting strike as I was suddenly back in the early 90’s and we had taken the kids up to the Hemlock Inn near Beech Mountain, North Carolina.
We had just finished the usual sumptuous dinner and dessert and I noticed the kids had slipped from the table and were probably outside in the early evening sunset.
Lauri and I moved to the huge verandah on the front of the Hemlock Lodge...where the rocking chairs were and we figured we’d see them...but...they weren’t there.
All of the sudden I heard a scream from Chris and laughter from the others and we spotted them down on the grass of the long hill in front the the Hemlock Inn.
They had discovered “lightning bugs!”
Now for a kid like me this was not a big deal...but for three kids born in South Florida this is like a whole new world.
They had nothing to catch the bugs in...we usually used glass jars with a lids so they were just running and catching or missing the bugs and turning back and doing it again....and having a great time

My walk from the mailboxes was full of thoughts about that and horseback riding in Smoky Mountains and just having a wonderful time.
I would liked to have been able to talk to that bug down here and see where he came from.  But just like the pretty Whistle Ducks who migrate here..they never talk back!