Run for your lives....ebola is here! Just kidding. What happened to this deadly stuff. Someone should get credit 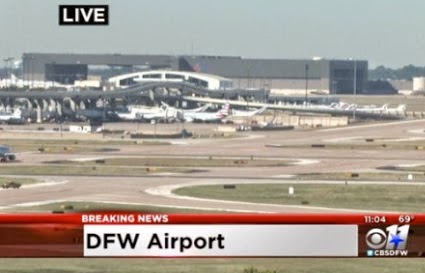 Mystery shrouds 2nd Texas nurse to catch Ebola
Amber Vinson is the 29-year-old nurse who has tested positive -- but officials are unsure of how she contracted the deadly virus.

I don’t know about you....but the sight I just saw...live...of the new Texas Ebola patient in yellow...being helped up the airplane steps caused my heart to flutter....and basically scared the hell out of me.
You will be seeing that film on the networks all night tonight.

I got a call a day from the Gallup poll...we kept missing each others..four times until we connected yesterday.  In hope that they would ask me about how I voted or will vote on the red hot Florida governor’s race...I was ready to tell em how I thought....both candidates are full of crap!
But the only thing they wanted to ask about was my visit(s) to the University Hospital Emergency Room very late at night.
So the hospital apparently pays for Gallup to poll former patients.  Well I told the guy to read my post on my blog that gave them a grade “A” all the way...but he had a script...so we had to suffer thru that for ten minutes. Anyway...I said “very satisfied” to all 100 questions and bid him good day.  He wasn’t even friendly.  Screw em.
- - - - - - - - - - - - - - - - -
So the big really big headline in the tv news biz about a week ago turns out to be WRONG!  The new guy doing the news for ABC-TV...David Muir(?) turns out did not beat Brian Williams of NBC News in the ratings.  Makes one wonder how often this happens.  Hope the guy ran into his boss last week after the false good news and hit him up for another million in bonus $.
- - - - - - - - - - - - - - -
stanmajor@aol.com
Posted by Unknown at 10:40 PM